FOOD & WINE IN THE BASQUE COUNTRY

This trip was organized for a group of 7 friends from different parts of the USA that wanted to discover and enjoy the Basque Country. 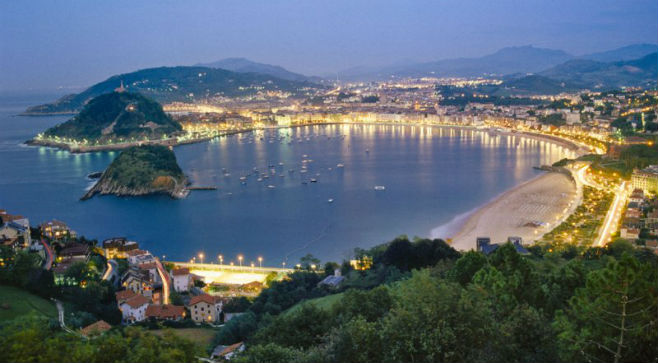 A very complete trip that could only be improved having some more few days to visit a little bit more of northern Spain. Please read below the itinerary and activities I included for them in this 18 days tour.

Final price will depend on dates, final destination and services required
BOOK MY TRIP NOW


As soon as they arrived in Madrid (to different terminals and times), I had arranged a private transfer to the city center. There I included a private walking guided tour through the Old Quarter, Madrid of Augsburgs. When they finished (also were taken to a local restaurant in la Plaza Mayor square to eat the traditional squids sandwich) they were picked up and taken back to the airport to fly to Bilbao, where they were picked up by another private transfer and were taken to San Sebastian. They were hosted in one of the most traditional 4* hotels in town, in front of of La Concha beach, in rooms with sea views. Just after checking in I had arranged a pintxos private tour, with my good partner in the area Jon, along the old quarter. Hoping from bar to bar asking for wines/beers and tasting different pintxos in each.

Before the activity arranged for today Jon took the group through an amazing city tour visiting the main spots in town including Mount Igueldo and the old quarter. A ver special cooking class was organized, far from the touristy ones you can find yourself. A chef, that had worked in michelin starred restaurants, took them to the market for a market stroll. The chef told them what to buy and why to choose one fish and not other one before taking them to a private gastronomic club, where only members can enter. Then he made a show cooking (any one willing to cook could also do it) while they enjoyed a glass or two of fine wine. When the food was ready they all seated around a table to taste the food as we spanish people do, chatting each other enjoying some more fine wine.

My good partner in the Basque country and his wife Jani took them in a private tour to the prestigious Rioja wine area. They were taken to 2 different special wineries (one was the largest underground cellar existing in Spain) and visited one but tasted different wines in both and walked through the vineyards where they had arranged a small aperitif of spanish food. Then they were taken to take pictures of the exteriors of modernist wineries, some of them designed by prestigious architects such as Frank Gehry, the Marques de Riscal and the Ysios wineries. Later they were taken to have a special meal of local food at a local restaurant. Before going back to San Sebastian they were taken to Laguardia, a small village of the area, to have a short guided walking tour of its medieval old quarter.

Jon and Jani took the group to visit a sheep farm in the countryside and learnt how to produce the local idiazabal cheese that is used in the best michelin restaurants. They spent some time with the sheeps and saw all the process before tasting the wonderful cheese with some wine. Later they were taken to a local winery in the slopes of a hill facing the ocean where they vineyards produce a local grape that has as a result the local white wine, txacoli. The views from there are extraordinaire and the wine makes them even better. After the visit to the winery they were taken to Getaria to have a short guided walking tour through its medieval old quarter and its wonderful beach since it is a coastal village of the Basque coast. To finish they were taken to a local restaurant, a grill, where the best fishes and shellfish of the area (also great meats if you are not a fish lover) are grilled. For diner they had arranged a gorgeous diner at a michelin starred restaurant with great views over the city.

Today the group was taken to Biarritz and some of the most beautiful coastal villages of the french Basque Coast including Hendaia, Saint Jean de Luz and Hondarribia. The traditional buildings called “caserios” and the lovely beaches and coastal paths around delighted the group. Of course they were taken to a great local restaurant for lunch.

They had tickets for the Guggenheim arranged with a guide to go along with them inside the museum. After having lunch and having spare time for themselves they finished the day in a michelin starred restaurant for diner.

After breakfast they were taken in private transfers to the airport to fly back to Madrid. Back in Madrid Pascual, their chauffeur, took them to their 4* hotel located beside the Plaza del Sol square but far enough not to listen the noise. Their rooms with balcony had views to the great streets of Madrid. As special good bye diner I had arranged a special diner at Casa Lucio, one of the most traditional restaurants in Madrid. Their "a la carte" selections including fantastic wines was the perfect icing on the cake to their fantastic wine and food trip through the Basque Country and Madrid.

Pascual, my partner for private transfers in Madrid, picked them up at their hotel and took them to the airport, to different terminals and times. End of trip

SAN SEBASTIÁN: They were hosted in one of the most traditional 4* hotels in town, in front of La Concha beach, in double deluxe rooms with sea views.

BILBAO: 5* hotel in the city center. Accommodated in double superior rooms, they were able reach the Guggenheim museum in about 5 minutes.

MADRID: 4* hotel located beside the Plaza del Sol square but far enough not to listen the noise. Their rooms with balcony had views to the lively streets of Madrid.

Private tour to a local txacoli winery and a local cheese factory and farm and guided tour through medieval Getaria. Diner at a michelin starred restaurant.

Private tour to Biarritz and the French Basque Coast.

Private transfers to Bilbao airport and accommodation in Madrid and Special "a la carte" good bye dinner in a traditional restaurant in Madrid. 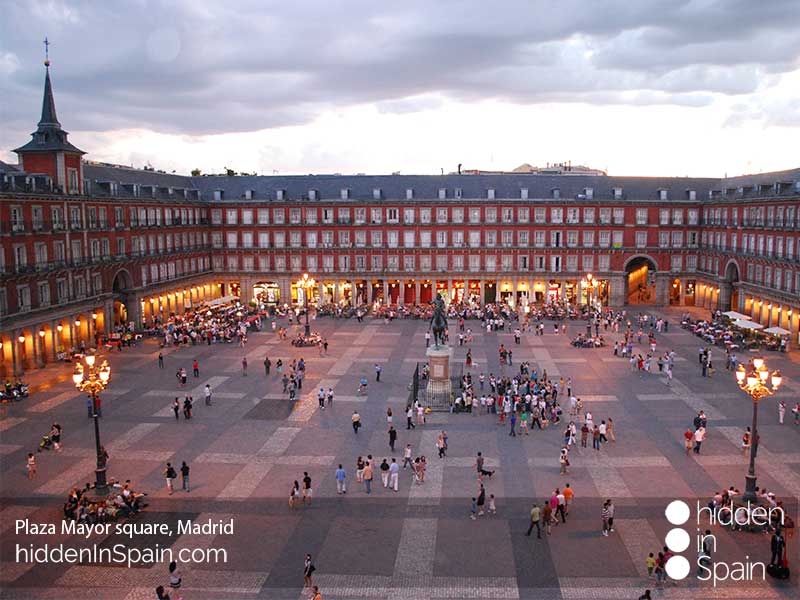 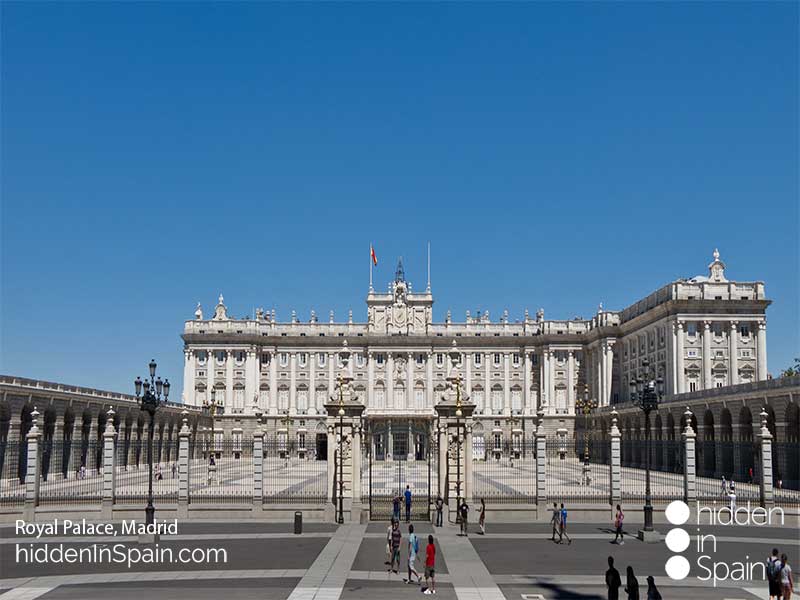 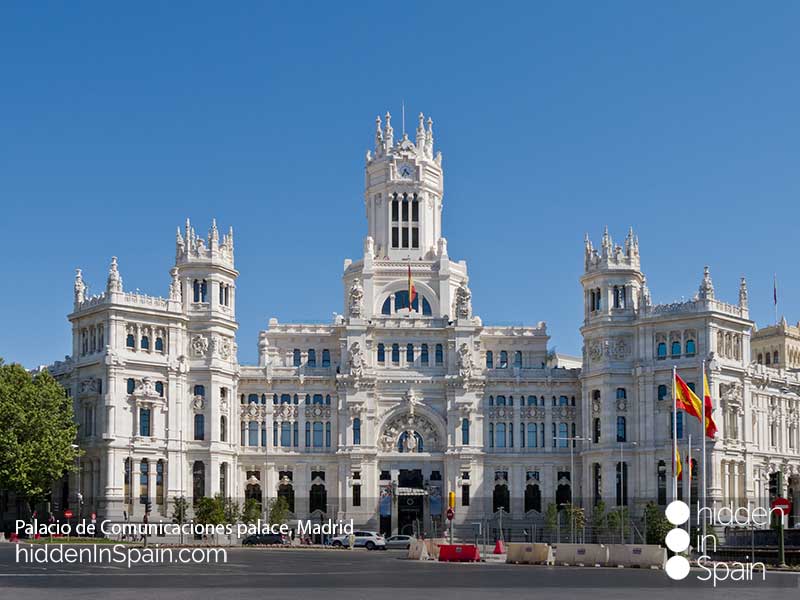 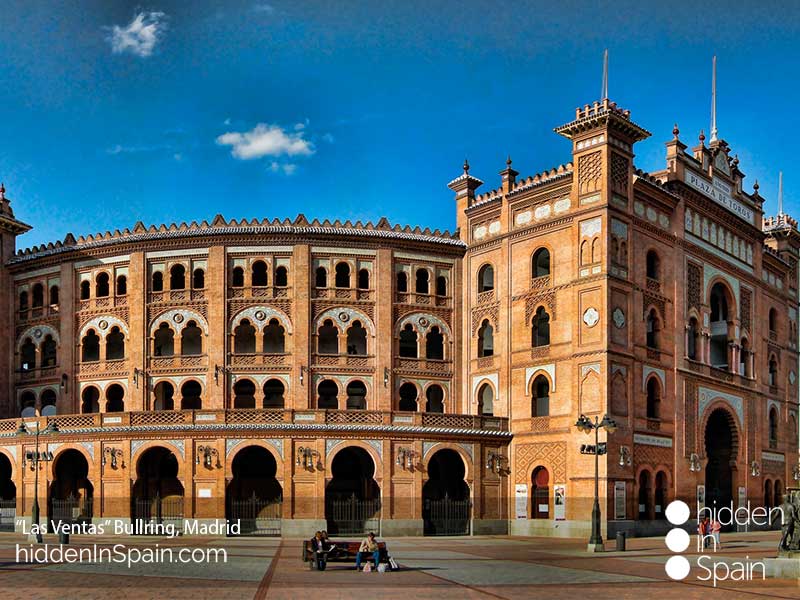 Privare transfers to and from airports

Private transport for all tours

Guide books with the route, maps, what to see, restaurants, traditional food, etc...