by hiddeninspain / Thursday, 22 August 2019 / Published in Custom tours to Spain, Your personal area

This trip will take us through the most unknown part of Spain, the northern coast, where great sceneries, small lovely coastal and inland villages, amazing food and wine, and natural landscapes can be found. Far from the most touristy areas, we’ll discover how local people live in their small towns and taste local specialties, such as fish that has just been caught by one of the locals and sold to the neighborhood restaurant. We’ll also taste the best haute cuisine at a Michelin starred restaurant. We’ll visit Spain’s oldest National Park, the Picos de Europa. From Asturias to the Basque Country, passing through Cantabria, we’ll discover a little bit of the northern part of our beautiful country. 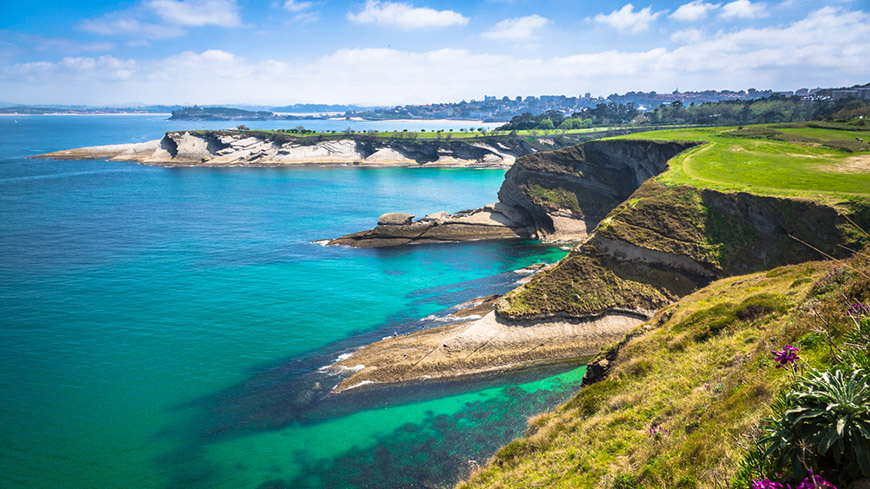 A very complete trip that could only be improved having some more few days to visit a little bit more of northern Spain. Please read below the itinerary and activities I included for them in this 7 days tour.


Arrive in Santander. Ride the bus to Llanes, a small fishing village in Asturias. On our way there we’ll stop at Puente Viesgo to visit two prehistoric caves. We’ll then head to Santillana Del Mar for a short walk to the town of Comillas, to visit the El Capricho, a villa designed by Antoni Gaudí, and to San Vicente de la Barquera for another short walk. We’ll have free time for lunch at any of these towns, depending on the schedule. Then it’s on to Llanes, where we'll have a private guided tour before heading to Gijon, where we'll be hosted at a 4-star modern hotel beside the marina. After the checking-in we'll have diner at a michelin starred restaurant.

Let's move to Oviedo, the capital of Asturias, for a guided tour of the city. Then we’ll visit 2 pre-romanic churches in the surroundings of the city. Then back to Gijon, where lunch of traditional spanish style food will be arranged. We'll hope from bar to bar tasting different food. Guided tour of the city afterwards. Then free time before having diner. We'll visit a traditional cider house where we'll know how it is produced and poured and we'll have a typical Asturian food diner.

We’ll head to a tiny village in the heart of the Picos de Europa Mountains, Spain’s oldest national park, to stay at a family-run boutique hotel where the food is fabulous and service is exceptional. All the employees wear the region’s traditional outfit. When we wake up in the morning, we'll enjoy an incredible view of the Picos de Europa just in front of us. On our way to the mountain top, we’ll visit Lastres, a small fishing village and the lighthouse of Luces to get amazing views over the coast. Then we’ll head to Covadonga to visit the monastery of Covadonga and the little chapel inside the cave, which houses the patroness of all Asturians. Later we’ll stop in Potes for free time, during which guests can have lunch. Potes is the main village of the area and worth exploring briefly. Dinner at the hotel.

We’ll be taken to a nearby village called Fuente De to take the funicular (a car pulled up the slope on by cable) to the top of the mountains, where we’ll be treated to awesome views of the mountain peaks. We’ll then enjoy a 3-4 hour private guided tour before taking the funicular down again. Then we'll head to Potes for lunch in a local restaurant, visit it and then head onto the sanctuary of Santo Toribio de Liebana and another tiny village called Mogrovejo, one of those villages you love to see with the mountains in the background. Then we will head back to the hotel to spend free time before having dinner at the hotel.

Head to San Sebastian. We'll be at San Sebastian early afternoon for a guided pintxos tour in the old quarter, where we’ll hop from bar to bar, drinking beers/wines and tasting different pintxos, which are traditional small snacks. Later in the afternoon we’ll also enjoy a guided tour of the city before having dinner at a Michelin starred restaurant.

A private Rioja area wine tour. We’ll visit a family-owned boutique winery and taste four of its wines paired with four pintxos. Then we’ll go to the top of a hill where the vineyard is located, where a chef will cook in an open fire as we are treated to glasses of Rioja wines. We’ll enjoy a full lunch. Afterward, we’ll head to Laguardia for a short guided tour of its medieval old quarter, and then we’ll visit the exteriors of Ysios and Marques de Riscal to take photos of the modernist architecture style of these wineries. Then we'll head to San Sebastián to rest for a while before heading to a traditional cider house to taste local food and cider.

We'll head to Bilbao for a private guided tour through the old quarter. On our way there, we’ll visit Zarautz for a short walk. the hanging bridge on the outskirts of Bilbao, the oldest in Europe still in use. Then on to Getaria along the coastal road, to a fishing village with a medieval old quarter, where we’ll enjoy another short walk. Later we’ll go to San Juan de Gaztelugatxe, an islet that many “Game of Thrones” fans will recognize as the setting for “Dragonstone.” It has a little hermitage that can be reached by a long set of stairs. After breaking for lunch around the old quarter, where we can again taste some pintxos, we’ll take a guide tour of the famous Guggenheim Museum, a building that many consider one of the finest examples of groundbreaking 20th century architecture. The rest of the afternoon is free to rest and dinner those willing to do so.

Transfer to Bilbao airport and end of trip. 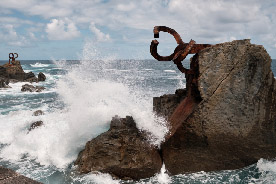 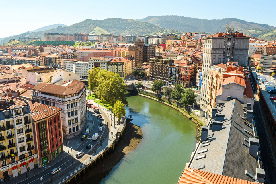 PICOS DE EUROPA: 3* family-run boutique hotel built in wood and stone as the traditional buildings in the area. Breakfast included.

Free visit to Lastres and Luces lighthouse. Also Covadonga sanctuary and little chapel inside the cave. Dinner included at the hotel.

Special RIOJA WINE AREA tour including the visits to wineries, tasting of wines, aperitifs, walking through the vineyards, lunch cooked in open fire, visit the exterior of modernist wineries and short guided tour of the old quarter of the medieval Laguardia. Dinner at a traditional cider house outside San Sebastian to taste local specialities and the popular cider.

2 special michelin starred restaurant will be arranged and lunch and dinner included, as stated above.

Privare transfers by minivan will be arranged.

Complete guide with your route, maps, what to see, etc.. so you miss nothing. 24/7 emergency contact number